Your app is becoming more successful each day. New people are downloading and experiencing your product. You need the confidence that comes from using a data storage service that is battle tested, always up, fast and reliable.
You need DynaSolve DBaaS.

The DynaSolve database as a service offering utilizes the datastore popularized by Google and based on their BigTable database technology. 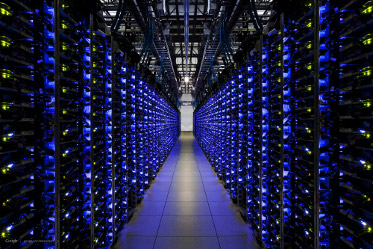 The DBaaS is hosted in datacenters provided by Google as well. This one-two punch of technology and execution ensures that when you need the service, it is going to be there providing your storage needs day and night.
Fast, redundant network infrastructure provides reliable access to your JSON or other data. And it is replicated across multiple datacenters using a system based on the Paxos algorithm.

This is the same underlying technology that powers YouTube and answers millions of searcg requests in seconds. In the past it would have required major engineering investment to even begin to approach this level of scale and reliability. Now with DynaSolve DBaaS, the earliest stage startup can start where they want to be and take advantage of all the platform has to offer.

Have you ever needed to push a change to meet some fluctuating demand and been stimied by the app store release process? Have you ever wanted to do a simple A/B test over a couple of weeks but didn't want the hassle of a release? These kinds of challenges have driven many apps to look closely at how they manage configuration.
Candywriter is one of the top app developers on the Apple App Store in a couple of different categories. They know they need to respond quickly to what their users want. That's why they decided to use facilities of the DynaSolve Mobile Backend including the DBaaS to store app configuration. Now they just go to a simple console to:


These sorts of things do not require any kind of push. In the time it takes to hit save, you can update your thousands or millions of clients. The responsiveness and reliability of the DynaSolve Mobile Backend ensures your clients stay up to date.

Why did BuddyPoke store JSON to scale across social networks?

JSON has developed into a sort of data lingua franca. It is so commonly used in applications, it was just a matter of time before developers started just storing JSON for some use cases. When launching their cross-social network app, BuddyPoke had similar needs to simply store some snippets of JSON ... and they needed to scale rapidly to keep up with an exponentially growing user base.

They chose the same underlying technology that currently powers the DynaSolve Mobile Backend. The system is capable of handling large numbers of requests per second and handling spikes too. When what you really need to do is save some simple state and then retrieve it later in an easy to integrate format, why do anything else? Start using the JSONaaS (JSON as a Service) facility of the DynaSolve Mobile Backend and you are off to the races.

We are happy to answer your questions about the DynaSolve Mobile Backend DBaaS. Drop us a line using the contact form or email us.